Blog . Cersaie 2021: Colorker and Zyx amaze professionals at the most eagerly-awaited design event

Cersaie 2021: Colorker and Zyx amaze professionals at the most eagerly-awaited design event

Colorker Group is highly satisfied with the quality of the visits received during the five days of the event, despite not registering the influx of people seen in previous years. A resounding success for Matter, the new collection by Zyx.

Cersaie 2021 was staged as one of the most eagerly-awaited and atypical trade fairs in recent years. Colorker Group reports an exceedingly positive achievement in Bologna, despite the drop in visitors recorded by the organisation —63,000 people, 56% down on 2019— at the end of the event.

International presence over the five days on which the event was held stood at 38%, despite the reduced general attendance at the Bologna trade fair. Having been able to showcase its innovations in person to “key customers” from its core markets, Colorker Group is satisfied by the quality of the visits received.

Colorker Group stand during the show.

Colorker Group set up its stand for Cersaie as an exhibition space made up of real environments, in which the new materials matched an end project with the utmost fidelity. A highly exclusive and decorative space was achieved in partnership with architecture studio Made Studio, capable of making the best use of the possibilities of ceramics.

The highly natural character of the ceramic pieces was among the most acclaimed aspects by professionals and partners this year, especially the stones, woods and marbles. Customers also highlighted the volume and decorative ability of the reliefs, tightly bound to trends and fully responding to market demands and needs. 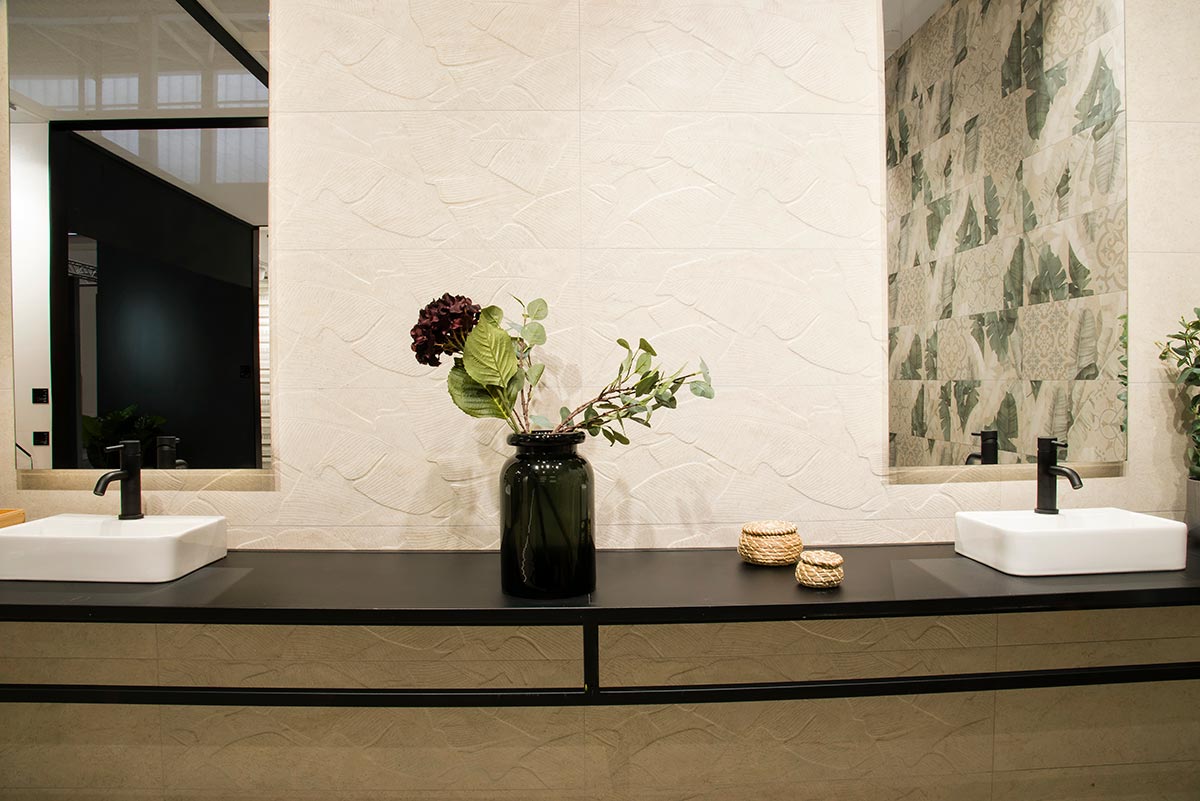 The launch of the new Zyx collection two years following the première of Gatsby was another milestone in this new edition of Cersaie for Colorker Group. The launch has proved to be a success, in particular as a result of the warm reception that the new series has had among professionals and customers. Matter's exquisiteness and the original nature of its designs and material effects was highlighted by all visitors, as well as its handcrafted finish, whereby the new collection of sinks was the prime exponent of this acknowledgement. 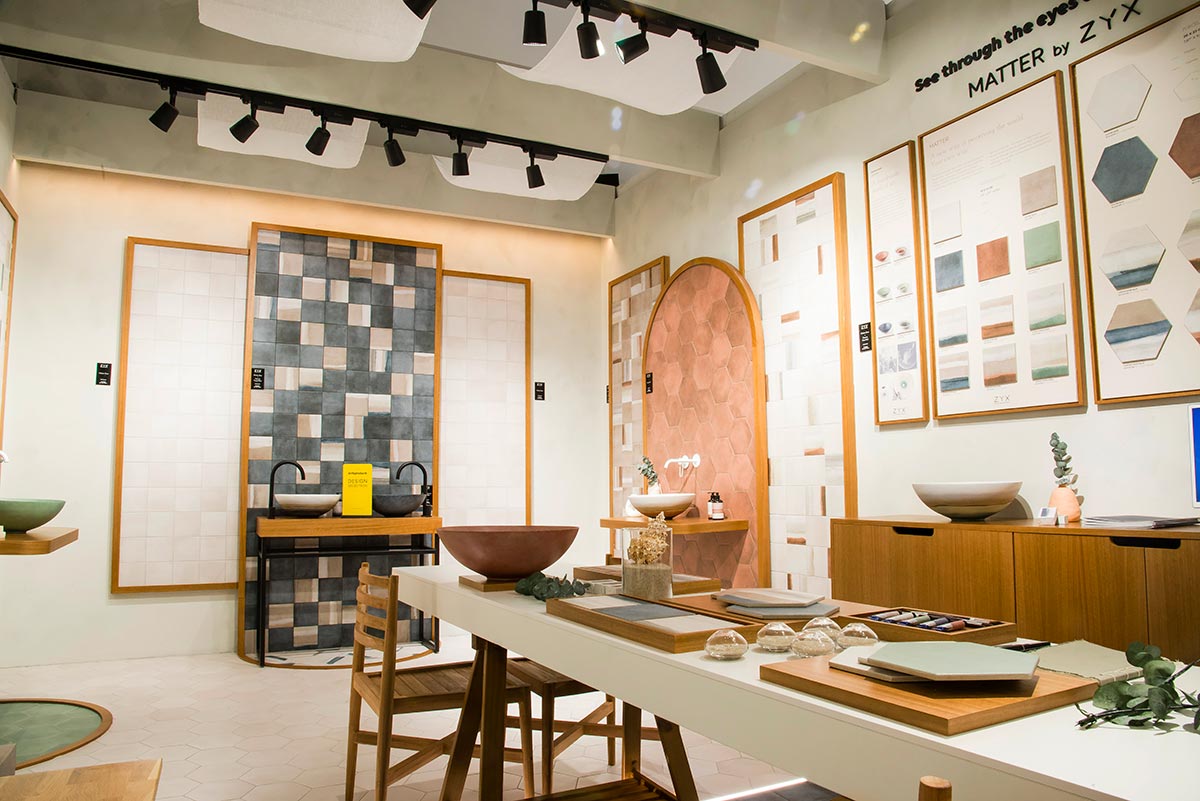 Matter by Zyx Space at Cersaie. Inspired by the artist's Atelier.

Matter's début was designed as a highly sensory and experience-based setting, in which to discover and feel the collection's purest essence, as has been customary by the brand, true to its philosophy of “No limits. No rules.” A "trip" to the bosom of the artist's den to see all the formats, colours and combinations of the pieces while discovering its story.

Matter was named one of the collections selected by the prestigious Archiproducts portal in the “Product selection” category, due to its original nature and unique bearing.

Matter Green with coordinated sink. The series was named ‘Best Collection’ by the Archiproducts portal.

Commitment to creativity and innovation

If anything defines Colorker Group in its history spanning upwards of 30 years, it is its ability to forerun trends, and being a trailblazer in innovation and new ceramic manufacturing technology. Colorker committed to creating a space, at its stand at Cersaie, that would show professionals the lines of work to which the company dedicates its future efforts, in order to strengthen its commitment to ongoing improvement in these fields.

New developments in this area featured the anti-bacterial Healthker ceramic, and Magnetic Surfaces, the new fitting method presented by the firm, and on which further details are soon to be released. 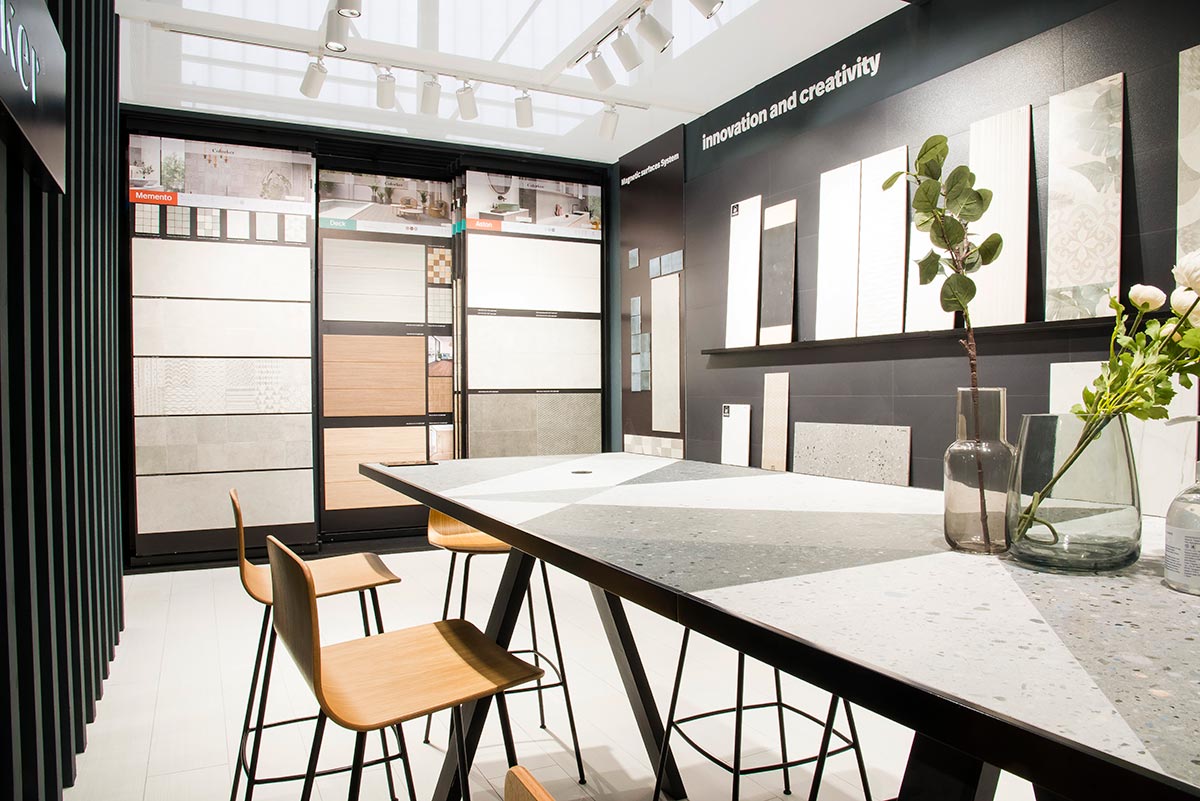 Creative and innovative area at the Colorker Group stand.

Cersaie 2021 was an event characterised by the COVID-19 health emergency. The trade fair was held in total safety, despite the internationally imposed mobility restrictions, which have prevented the attendance of some strategic markets of the likes of Asia. Both the organisation and the exhibitors have taken the necessary steps to ensure social distancing, and the application of the Green Pass or vaccination certificate at the entrance to the enclosure has become crucial.

Colorker Group opted to expand its stand this year, not only to showcase the collections it presented, but also to ensure distancing and the flow of traffic in the spaces.

The coming edition of Cersaie will be held from 26 to 30 September 2022. We look forward to seeing you.

News news news Suscribe!
Related news
news
2 mins reading
The US market as a priority: Colorker and ZYX will be back at Coverings
news
5 mins reading
The Colorker Group is back at Cersaie with more innovation and designs ranging from artistic to material
news
2 mins reading
Colorker presents the showroom of the future in 360º
Sign up and access to more product information
Fill in the information to complete your registration:
Enter your email to recover your password